Bio I Resume
Rene L. Toledo was born in Havana (Cuba), July 3, 1957. He began his Guitar studies at  the age of ten years old under the tutelage of Professor Leopoldina Nunez. At the age of twelve entered the Alejandro Garcia Caturla Conservatory where he studied Classical Guitar with Professor  Clara Nicola,  Sofeo, Music   Theory and Music Appreciation . At the age of fifteen he enters the Provincial Amadeo Roldan Conservatory where he studied Classical Guitar with Professor Marta Cuervos. Solfeo, Harmony, Counterpoint, Morphology , Music History, Music Theory, Pedagogy and Orchestration. In 1979 he graduated and obtained his Masters in Classical Guitar and Guitar Teacher; parallel to his studies of music he also graduates of Bachelor of Science and Letters. He self-taught jazz guitar and at the age of sixteen is integrated into the group of Felipe Dulzaides the only   Jazz Sextet "authorized" in Cuba at that time. At the age of eighteen years old he founded the group Afro Cuba with Jose Carlos Acosta, Nicholas Reynoso and Tony Valdes, innovative band whose music blended with the Afro-Cuban jazz roots.  In 1977 obtained  the UNEAC  Award, prize for best band and record an  LP.
In 1980 he immigrated to the United  States and is where his musical career really  explodes, becoming a Studio Musician and a Music Producer with international   recognition. He was appointed professor of Jazz Guitar at Florida International University between  1994 and 1997.
He has  participated  in  the most  important Jazz Festivals  around the World: North Sea Jazz Festival, Montreaux Jazz Festival, Newport Jazz Festival, JVC Jazz Festival, New Orleans Jazz and Heritage Festival, Playboy Jazz Festival, Glasgow Jazz Festival, Milan Jazz Festival, Calgary Jazz Festival, Nice Jazz Festival, Chicago Jazz.

His musical career has won several Grammy Awards Certificates: Album "Danzon", by Arturo Sandoval, in the year 1994 (as a Guitarist). Album "The Latin Train",by Arturo Sandoval, in the year 1996 (as a Guitarist). Album  "Hot House", by Arturo Sandoval, in the year  1998 (as Guest  Artist). For its participation in the production of the album "Caribbean Soul" by Gloria Estefan in the year 2000  (Grammy  as a Producer and  Songwriter) Album  "Oral Fixation" by  Shakira, in the year 2006 (Grammy  for his participation  as a guitarist. Also a Grammy Award Nomination as Producer of the year for the Album "Cautivo" by Chayanne in the year  2006.
He has three Solo albums two on a GRP Label call "The Dreamer" & "Guitar Fire" and one on a Sony Latin Jazz Label call   "Mestizo". He has participated  in hundreds of recording  ssessions with internationally renowned artists such as Miley Cyrus, Frank Ocean, Conor Maynard, Wayne Hawthorne , Mike Posner, Alyssa Bernal, Adam Lambert, Carlos Santana, Celine Dion. 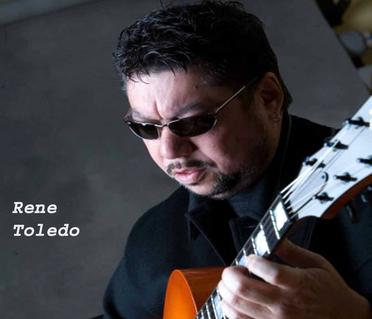